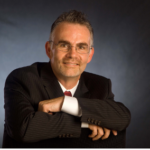 John Motazedi is the CEO and founder of SNC Squared. He started the company in 1998 in his basement. Since that time, SNC Squared has flourished, growing to a staff of 20.

Motazedi is a leading expert in disaster recovery and has been recognized by Fox Business, NPR, PBS, CRN, FedEx and the Missouri Health Information Technology Assistance Center for his expertise and swift response during the May 2011 tornado that devastated Joplin, MO. He has been a guest speaker at multiple regional and national disaster recovery events.

He is also a leading force in helping businesses in the Joplin Metro area develop their own disaster recovery & security plans. John has a best-selling book on the topic of disaster recovery titled, “The Tech Multiplier.” More recently, he has co-authored another best-seller, “Under Attack”, to address modern time cybersecurity issues. Both books received best seller status on their first day of release and are available for purchase on Amazon.com.

SNC Squared was named Small Business of the Year in 2013 by the Joplin Area Chamber of Commerce and was the top finalists in 2012. They were accepted in the 2012 and 2013 Edition of Inc. 500|5000 Magazine for being one of the few fastest growing companies in the nation. SNC Squared was ranked at number 33 for the annual list of the top 500 fastest-growing Ingram Micro U.S. channel partners in 2013.

Motazedi was named a recipient of 14 for 14 from the Joplin Metro Magazine. He was also the 2012 winner of the Technology Marketing Toolkit, which awards the best IT company in the US, UK, Canada and Australia. SNC Squared was voted the number one company by Heartland Technology Group (HTG) for efficiency, growth, and best delivery of solutions to the end users. They were also awarded the highly coveted Hands that Give, No One Left Behind Award for reaching out and assisting others in need during a disaster. John was named one of the top 50 Missourians to know by Ingram’s Business Magazine. And more recently, he was nominated for the Joplin Regional Business Journal’s 2016 class of Regional Men of Distinction, which recognizes outstanding members of the business community. Additionally, recognized as the Businessperson of the year in 2019 for his assistance and work with the Future business Leaders of America and their student success mission.

Motazedi just received his commercial pilot license enjoys spending time as a scoutmaster for a local troop. He loves hiking, skiing, running, swimming and even bicycled 300 miles for a recent charity event.  He is a member of Angel flight which aids individuals in need of medical transport. He has an Ironman triathlon in sight for his next big adventure.